Corruption in Ukraine is a problem that is not only about a couple of officials with sticky fingers.

It has become nation-wide. It includes the supreme political leadership using their authority for self-enrichment and goes all the way to an ordinary citizen opting for a couple hundred of hryvnia to get an easier and more convenient solution to her problem.

Using a magic wand to overcome such a challenge won’t work. The only solution that can bring us closer to a winning result is the carefully planned package of activities to be comprehensively implemented over a long period of time.

It was a good discussion with Executive director of Transparency International Ukraine Yaroslav Yurchyshyn covering the status of anti-corruption reforms, its successes and future goals. He delivered his lecture on “How do we run the anti-corruption marathon?”  on February 9th in the Anti-Corruption Hub of the Kyiv-Mohyla Academy.

According to Yaroslav, the Romania is currently demonstrating success of anti-corruption reforms:

– It all started in 2002 with the establishment of new anti-corruption institutions. In 2007, the majority of population was convinced about their ineffectiveness and the country was one of the most corrupt in the EU. In 2016, over 1250 senior officials, politicians, judges, and prosecutors were arrested. The only attempt of calling for amnesty brought 1.5% of the country’s population to the streets of Bucharest. Combating corruption on the territory of non-effective post-Soviet countries is more of a marathon rather than a hundred-meter-long free style.

This is not a major progress, but it is still a progress.

— It is not that we are satisfied with the work of authorities as they would simply prefer not to do anything”, says Yaroslav.  – There is so many bureaucracy within the system, that any official can easily spend the whole day long pushing the paper and doing nothing.

According to Yaroslav Yurchyshyn, overcoming corruption could take much less time if it would involve the efforts of others except for newly-established agencies and activists of civil society organizations.

Combating corruption should become a matter for each citizen. Here’s what can be done by every one of us:

1. Free your life from corruption – do not take and or give bribes. It can be difficult and less convenient. The laws truly exist only as long as people comply with them instead of being  afraid of punishment for their violation.

2. Control. Today we have one of the most transparent public procurements system in Ukraine. Many public registers become one over the past year, including the proprietorship register. Every citizen can verify if the e-declaration of the official corresponds to his true incomes.

4. Expose corruption. Any person to learn about the corrupt practice can make it public. This information can be passed to  law enforcement operatives, activists, or journalists. This can help to stop the crime.

5. Vote for politicians responsibly. Do not trust nice promises blindly. “There Ain’t No Such Thing As A Free Lunch”. Our country still have a long and difficult path to take.

Lecture on “How do we run the anti-corruption marathon?” is organized in the frames of the Project “The Anti-Corruption Hub”. We are organizing an open door event every two weeks. Everyone is welcomed (not only the students of the National University of Kyiv-Mohyla Academy). The main purpose of the Project is to inform the people on the corruption in Ukraine, its consequences and methods of countering.

The lecture was organized by the Anti-Corruption Research and Education Center (ACREC) of Kyiv-Mohyla Academy. 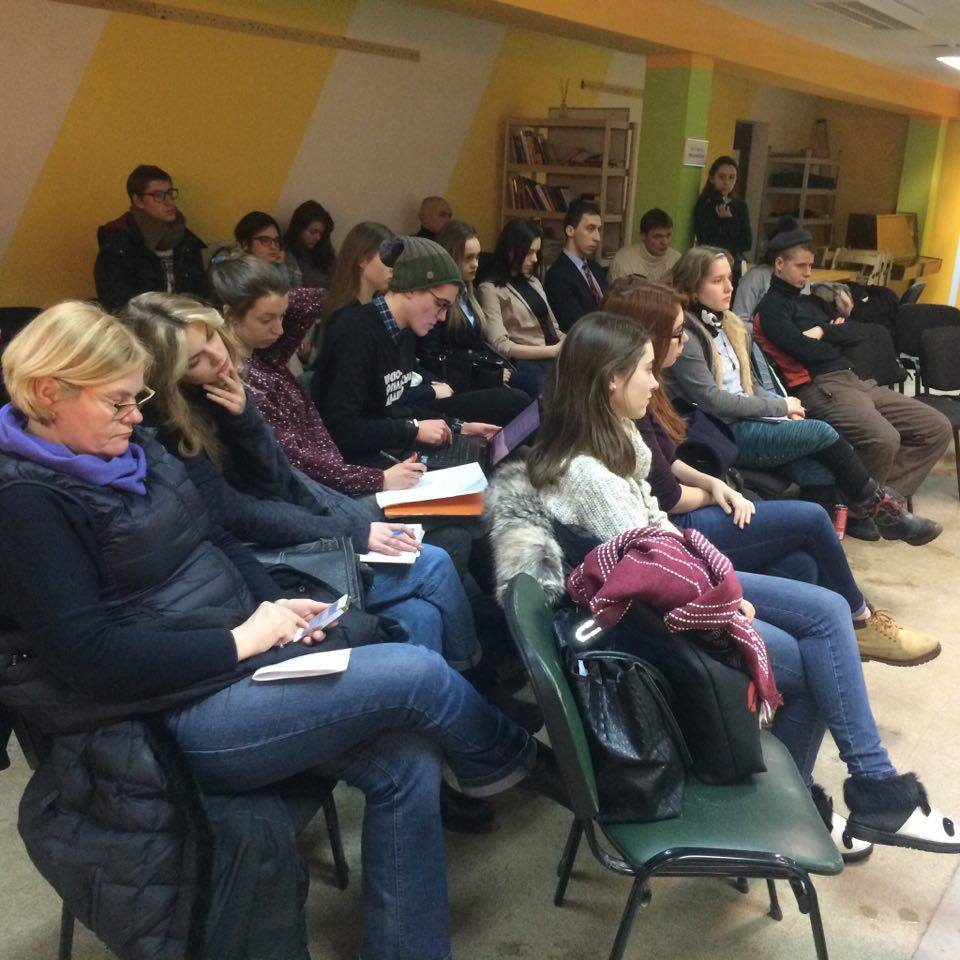 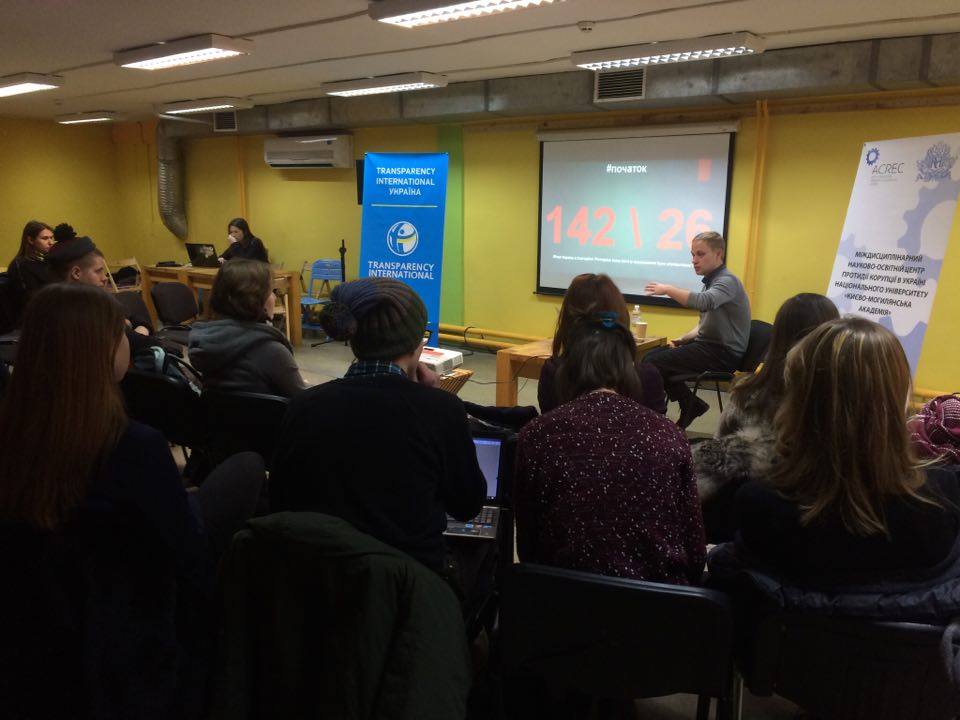 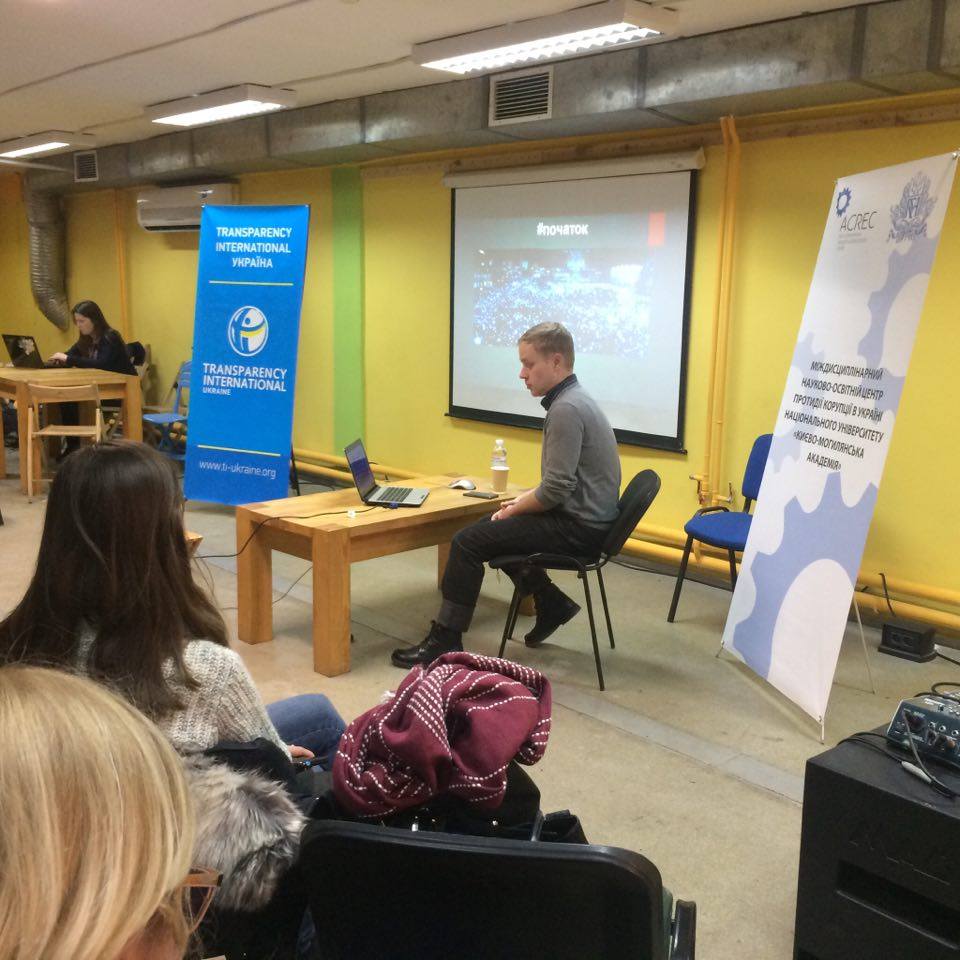